The new HSK test was launched by Hanban in an effort to better serve Chinese language learners. The test is the result of coordinated efforts by domestic and foreign experts from different disciplines including Chinese language teaching, linguistics, psychology and educational measurement. The new exam combines the advantages of the original HSK while taking into consideration recent trends in Chinese language training by conducting surveys and making use of the latest findings in international language testing. 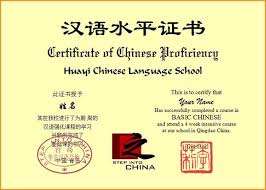 Details are as follows

The new HSK test was launched by Hanban in an effort…